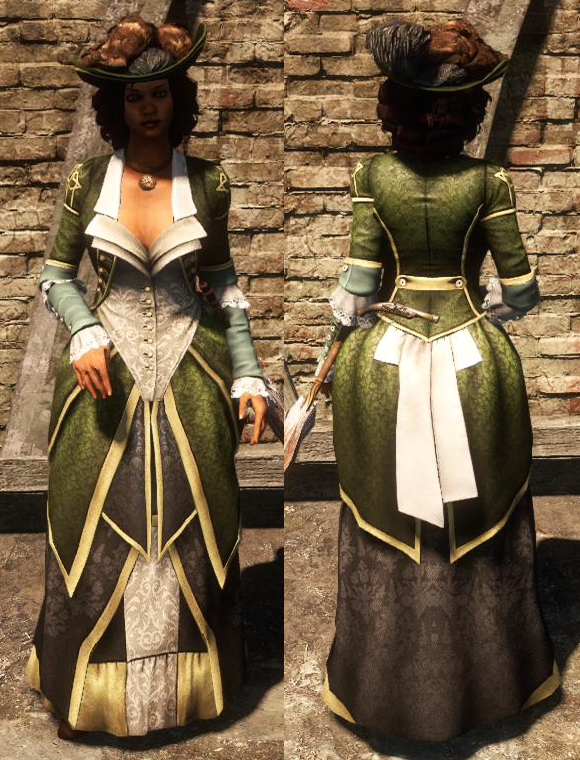 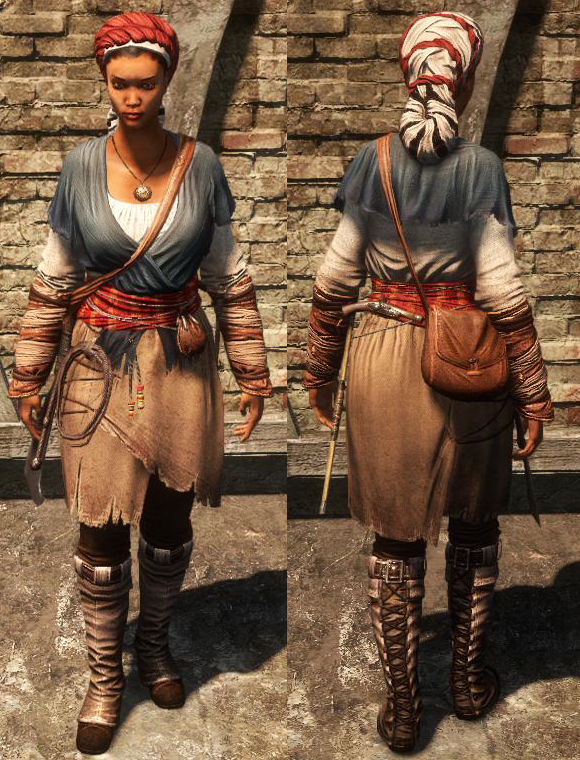 We spent some of Monday’s time in class talking about gender in Assassin’s Creed: Liberation (and also in gaming more generally). This was something I was thinking about as well as I played the game. Which outfit you decide to have Aveline wear changes her abilities and possible actions, based on the way that outfit frames her identity as a black woman. This was very apparent and an integral part of my playing experience, and I was constantly going back and forth between thinking of this outfit changing as either empowering or frustrating. At times, it seemed like a sign of strength and intelligence that this character knew how different appearances would position her in society, and that using this information to navigate her tasks in a place that she otherwise would not have been able to succeed in was a nice concept. On the other hand it was frustrating to see how much her clothing could limit her, and realizing that other characters in the game really responded to the outfit more than they responded to the person in it made it seem like Aveline was being dehumanized. Of course, it is true that people in the historical era of this game, as well as in the present, especially women of color, are dehumanized in this and many other ways. So, I would not say this factor of the outfit changes is a flaw in the game, but it was something that made the game less fun because it was a reminder of a difficult reality. This also served as segue into some of the others issues we talked about in class–that these histories are real and very personal for many people, so for many it’s extremely difficult to view these games as fun at all, and that not everyone gets to “escape” into games in the same way. More generally, this made me think about the different registers players are operating on when they approach this game, and reinforced the earlier concept we discussed about fun being subjective.