Wednesday April 11th, 2018, I attended an event called: “Coming To You From the Indigenous Future: A Showcase of Indigenous Women’s Digital media.” At the event I was introduced to the virtual reality (VR) headset. I found that it served as great mechanism to tell the story of Ramona Wilson (click here for documentary), a young native girl who went missing in 1994. When I put on the VR headset, I felt as though I was in the  living room with Romona’s Mother as she told me what happened to her daughter. I felt more connected to Romona’s mother and to the tragic death of Ramona Wilson. After viewing the documentary in the VR headset I thought VR headsets may be a better interface for “serious topics.” By serious topics, I mean current social inequalities often faced by marginalized groups. As I began exploring this idea I thought about taking the story of Ramona Wilson and making it into a game. However, I realize that this could be problematic because the pain and injustice native women face is real. Although a game can inform players about the plight of native women some could say the game is too controversial. On the other hand, we will miss an opportunity for players to be immersed into experiences of underprivileged individuals. There is the possibility of educating gamers and fostering discussion about social inequalities. That being said, there is still uncertainty if VR will accomplish this goal. 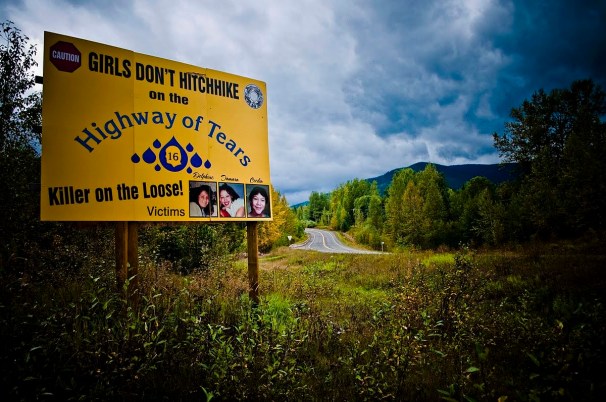 In furthering this conversation I wondered what Elizabeth Lapensée would say about VR headsets. Considering that she does like to inform gamers about the plight of natives I think she would make a virtual reality indigenous game. In fact, she may even have the player see through the eyes of thunderbird. It would be interesting to see players watch over the highway to protect native girls from harm. The player would cast down thunder to bring those girls back to life. In reality, I imagine that Lapensée would want the player to speak up when they witness injustice which is power. Considering Lapensée’s ideals VR would actually be beneficial to discussing serious issues. Perhaps changing the way one chooses to discuss serious topics makes the game less controversial. Although this is true I wonder how authentic the game will be and if players are moved by the underlying purpose of the game.

2 thoughts on ““Highway Of Tears” and Gaming. Can VR Headsets be a better means to discuss “Serious Topics?””